Don’t be fooled by the smiles; some of our restaurants are still on the edge

Don’t be fooled by the smiles; some of our restaurants are still on the edge 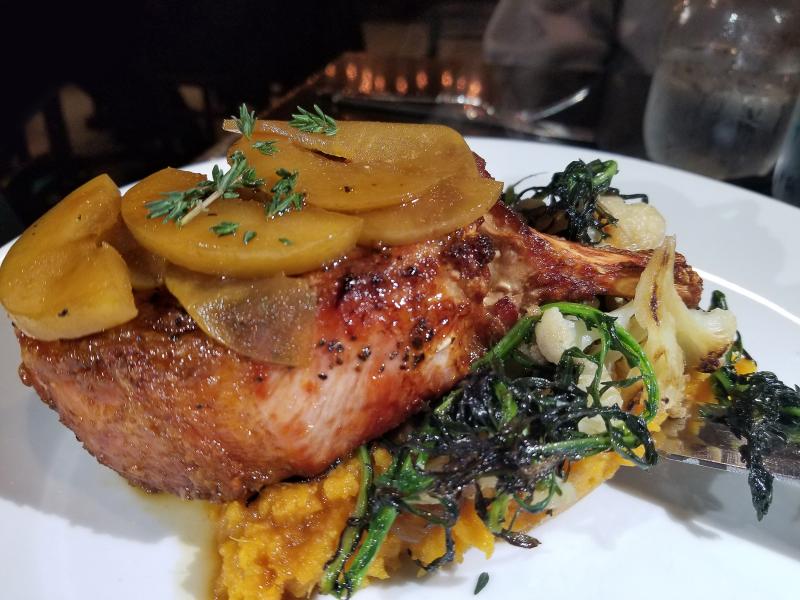 Several weeks ago I had the pleasure of dining at one of the coastal restaurant, a (very) tiny spot in Fenwick Island known for exceptional food and service. Though I was ecstatic with the quality of our dishes and the service, I was saddened by the very few people that owners Carlie and Scott Carey were “allowed” to seat. I was even more saddened by the number of potential guests – and income for their little family – they turned away at the door because of indiscriminately imposed limits on seating. With a polite nod to the old saying, it was almost like “the harder they worked, the behinder they got.”

Delaware Restaurant Association President Carrie Leishman will appear on my radio show this Saturday and Sunday. When I asked her what she wanted to talk about, she said she wanted to emphasize that the great majority of our small, local eateries are putting on brave, smiling faces, but are still suffering financial and emotional loss every day.

Last Tuesday marked the one-year anniversary of “just two weeks to flatten the curve.” Local restaurants did their best to pitch in – blissfully unaware that they’d be even more crippled 50 weeks later. During that time, I interviewed One Coastal’s owner Carlie Carey. She and her husband were scrambling to keep their dream alive. During our on-air exchange, her eyes teared up as she revealed her true feelings. I was so moved that I transcribed it and printed it word-for-word on this page.

That was then. This is now. In an attempt to point up the one-year anniversary of increasingly capricious rules, lockdowns and “mandates,” I’m reprinting a portion of Carlie’s soliloquy. Who knows … perhaps it will add a personal perspective to remind fellow restaurant lovers that some of our favorite spots – many of which are owned by friends and neighbors – might not be around when (and if) this ever comes to an end. Take it, Carlie: 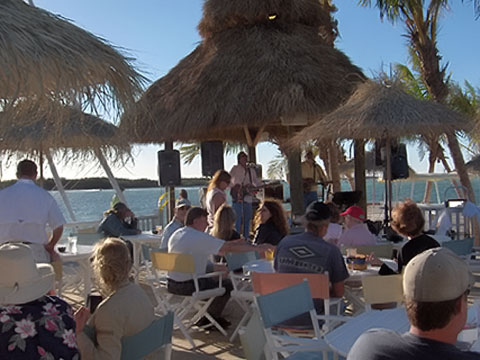 “Our team is like our family.  And I mean that in every sense of the word. Something we’ve really tried to concentrate on in the restaurant, with it being this small, is that we expect a lot from our team. And we try our best to give it back to them as well. They’re more than just employees to us. We know them as a mom, or an aunt, or a volunteer in our community. We know their whole person, and that’s part of why I love my job and why I love being a restaurant owner.

“The sad part is that when something like this happens, we feel like … we just had no warning and there was no indication that this was coming. If somebody had said two months ago, ‘OK, great! In 2020 around April you’re going to have to close the doors for God knows how long.’ That would have been a different story … it would still suck, but it would be a different chapter in our book because we could have prepared. But that isn’t what happened. So, when all of a sudden they tell you that you can’t open your doors, you have a responsibility to your team. I have many friends out there who own businesses, and it’s the same for them. We have to tell all these people who rely on us (and it’s a privilege and honor to be a part of their livelihood and how they pay their bills) that all that has been stripped from all of us over a matter of hours.

“As a hospitality person, that’s just a really, really weird feeling. I feel it in my bones. Hospitality is woven into the fabric of my heart and I want to take care of people. I want to hug people when they come into the door, I want to ask my team how their sons and daughters are doing … but that’s all been ripped away. The rug has been pulled right out from under us.

“So that is one hardship, I think. It’s clear that a lot of people lost their jobs. A lot of other industries are going through the same thing, and I am right there with everybody. But it doesn’t prepare you for how it will break your heart to just talk to these people. Just a few weeks ago we were having our best year ever. We were beating our numbers, and we were well on our way to making more magic in that restaurant than has ever been made. And now … at least right now … we don’t have that opportunity. It truly breaks my heart.

“So that’s one side of it. The other side of it is that now we have to adapt; we call it to pivot, so we are pivoting into this takeout and delivery thing. We are doing this tiny … this tiny little bubble of business that we used to not do at all because we were too busy inside the restaurant to offer takeout. We’re trying to navigate all these new things, and because we don’t have a team anymore that we can afford to pay, the only way to navigate it is to do it ourselves. You said it in the beginning: I am the bottle washer, I am the dish machine ninja – I can clean that bathroom in 45 seconds flat…. But here it is seven years later, and I’ve made other things a priority: my daughter, my husband, our farm; it’s like a little homestead. We have chickens – those are the eggs we use to feed ourselves. We have lettuce growing. We can do all of these things, and we’re incredibly grateful that our team has allowed us to do that. But … there is no team now. And I’ll be damned if I’m going to ask them to do anything that I can’t pay for. And that’s the truth: we just can’t. I know there are a few restaurateurs out there that can, and my hat is off to them.

“But that’s not our chapter; that not where we are right now. So we’ve had to let go of our team, break our own hearts, and fight for pennies. We are absolutely thankful that people are ordering that pickup each week. I love it that people are gaga over my cinnamon rolls. I feel so fortunate that I can take some butter, flour, sugar and mix that up. I’m so thankful that I have this skill … well, I don’t know if it’s a skill, but I have this … thing … that people are willing to buy. They even send them to nurses in the area; I’ve taken some to police departments, to fire departments and all that, but it has taken me away from my own bubble of life that I have intentionally built. My livelihood has been ripped away – yes, I know how to work in the restaurant; I know how to manage my team – but I really don’t know how to get there at 5 a.m. every morning, bake for six hours, then run home to check on my daughter and my husband. And then come back to the restaurant and work until 11 p.m. I just don’t know how to do that anymore. But that’s now my responsibility, because beyond anything I feel obligated to my team to be a leader who will open those doors again when they tell me it’s time. And without some sort of plan, a takeout and delivery plan, that won’t happen for us. And I refuse to lock that door and never go in again. So I’m doing what it takes, just like a lot of other people out there.

“But it’s not as easy as ‘Oh well, we all have to sacrifice a little bit.’ It’s upside down. It’s an alternate reality. It’s a lot harder than what you see when you come to pick up your food and we’re waving at you with gloved hands and big smiles on our faces that unfortunately, you can’t see. We are immensely grateful and through the roof that our community is lifting us up. But it’s more of a challenge than it looks.”